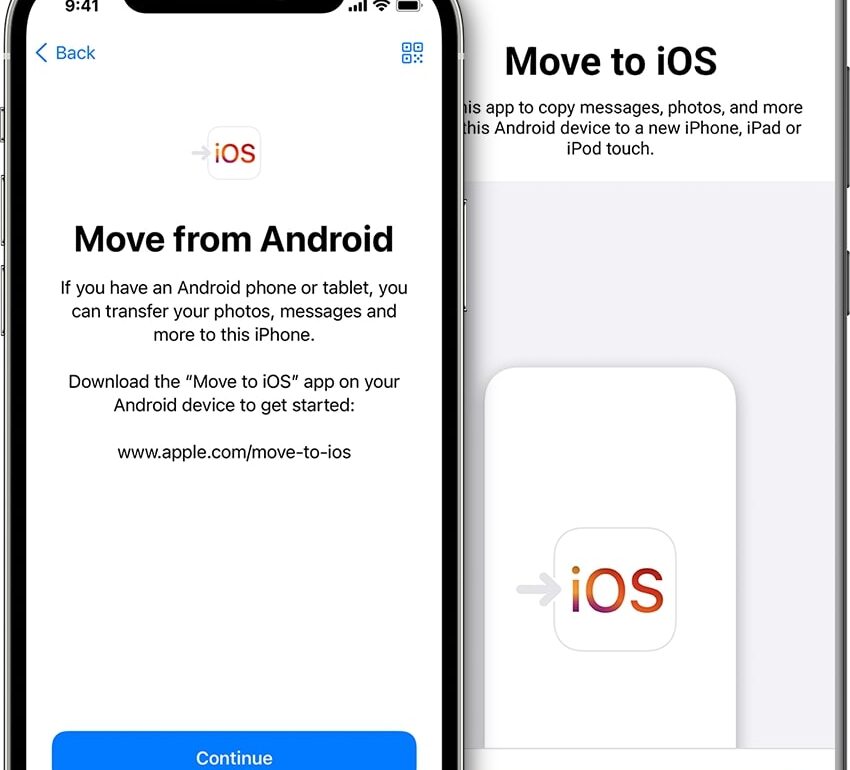 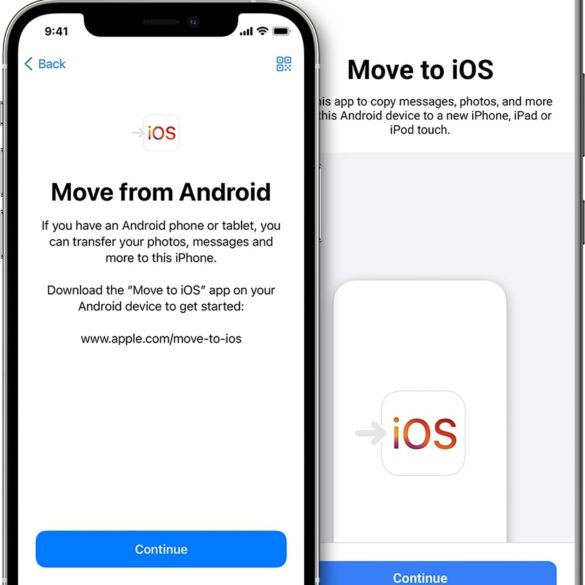 Android has lost its way. Is Apple any better?

Over the past few years, I’ve been growing more and more despondent with the Android landscape.

Yes, there are folding phones and more OEMs (original equipment manufacturers) than you can shake a stick at, but for all the so-called innovation in the Android space, everything is just a minor variation on an existing offering. Samsung launches a folding phone, then so does OPPO and Xiaomi. Sony puts the most advanced camera in an Android smartphone, only for Xiaomi to one-up it just a few months later. Apple changes the iPhone design from rounded edges to flat edges and suddenly every Android OEM does exactly the same thing.

The reason this frustrates so much is that Android manufacturers, Samsung in particular, love to call out Apple for releasing iPhones that look exactly the same as their predecessors while doing exactly the same thing. Samsung’s S22 series looks like the S21 series with the S23 series rumoured to be following the exact same design language. The same can be said for the Z Flip 4 and Z Fold 4 which both are the spitting image of their predecessors. These iterative designs are not the only hypocrisies from the tech giant, the S22 and S22+ both feature smaller batteries than their S21 series counterparts and the S21+ used the same sensors found in the S20+. Despite this, Samsung has yet again launched an ad mocking Apple’s supposed lack of innovation in the upcoming iPhone 14 series, something they’ve done before, and quietly deleted when they’ve decided to copy Apple’s strategies.

This may come across as an attack on Samsung, but it’s not. When it comes to Android devices, Samsung is currently king of the hill and they make exceptional devices that make it hard to not choose them over any other Android manufacturer. The question that keeps me awake is what is the meaningful innovation that Samsung is bringing to the market that applies to your life now? It’s certainly not the ability to record 8K video or have 100x zoom.

While Apple might not be at the forefront of innovation by bringing out devices like foldables, under-display cameras, or 100x zoom, they offer consistency and the reassurance that no matter which Apple device you use you’ll get an experience you’re familiar with. That comfort and seamless ecosystem experience is something that Samsung and every other manufacturer are racing to emulate in an effort to keep you in their walled garden. Take the new Galaxy Watch 5 series (and the Galaxy Watch 4), which does not work with iPhone despite the fact that the Galaxy Watch 3 did. This is most likely due to the shift from Tizen OS to the new Wear OS, but it’s still a means of control. Google themselves have launched a very public campaign to force Apple to support RCS (Rich Communication Services) a move that they’ve positioned as benefitting everyone. While this may or may not be true, as the owner of Android, Google has had years to bring RCS to Android devices and didn’t. This lack of meaningful innovation from a company notorious for cancelling or abandoning chat messaging apps bears just as much responsibility, if not more, as Apple for not establishing a universally supported rich messaging service that ultimately paved the way for universally available, multi-platform communication apps like WhatsApp and Telegram.

I’ve had RCS enabled on many of my Android devices ever since it became available in South Africa and not a single one of my contacts, locally and abroad, have felt any inclination to move away from WhatsApp and Telegram and adopt RCS.

With all of this in mind, it’s interesting to see the contempt that people have online for iPhone users (some of whom are just as bad, if not worse when it comes to their hatred of Android users) calling them sheep who follow a brand for hype. That’s exactly what Samsung and so many others are trying to get you to do, be a loyal, lifelong supporter of their brand, and clearly, the blind Android loyalty campaign is succeeding.

As someone who’s recently made the move from an S22 Ultra to an iPhone 13 Pro, I’m pleasantly surprised with how much I’m enjoying the change. Moving between operating systems was a painless experience thanks to the Move to iOS app which transferred all of my data, including my WhatsApp messages and history, over to iPhone.

Having an iPad and Mac meant that setting up the iPhone was as easy as switching it on and letting it detect my iPad and using that to complete the setup and configure the device exactly how I wanted it. When it came to updating the device during the setup and transfer process, I was able to continue the transfer of data from one device to another without having to start all over again, something I’ve seen no other manufacturer do. Unlike Samsung or Huawei or OPPO or any other Android manufacturer, I was also able to sign up for, and download, the iOS 16 beta. If you’re on an Android device and want to sign up for the beta version of an upcoming Android OS you’re both geographically restricted and brand restricted.

Apple certainly isn’t perfect and needs to bump up the charging speed of its iPhones as well as do something about its incredibly severe App Store policies, however, the company that always gets lambasted for not being innovative has been the one to dominate video creation on smartphones (despite only having 12MP lenses) and now boasts better battery life than the almighty Galaxy S22 Ultra. Apple also hasn’t compromised on the small phone experience, something that pretty much every Android manufacturer other than ASUS, has done. Samsung’s S22 and S22+ are less powerful, less capable devices compared to the S22 Ultra, and even Google’s own Pixel series once lauded for offering the same powerful devices in differing sizes, has adopted the compromise mentality thereby forcing you to pay big bucks for best specs. The benefits of Apple’s perceived lack of innovation mean that the Cupertino company is able to offer longer guaranteed software support for all of their devices which means that a majority of your accessories will continue to work with new devices.

Android needs true, meaningful innovation and viable competition for the brand at the top – something it lost when Huawei was sidelined by the US government – and it needs to stop hiding behind its marketing sleight of hand tactics which aim to persuade you that it’s not like Apple when it’s doing exactly the same things. This stagnation in the Android ecosystem has been noticed by consumers who have begun to embrace Apple’s consistency with the brand overtaking Android as the dominant smartphone platform in the US and could continue unless Android repairs its divided platform and offers a unified experience.

Currently, Pixel offers its own special version of Android, however, Pixel devices are not available in as many regions as Samsung. Samsung’s Galaxy Z Fold 4 differs from its folding sibling, the Galaxy Flip 4, by using Android 12L while the rest of Samsung’s lineup utilises various other Android versions. This is further compounded by the fact that OEMs like Xiaomi, OPPO, and OnePlus, have vastly segmented software update roadmaps, which results in devices from the same brands not getting a consistent software experience. Compound this further by looking at Android devices, such as HMD Global’s Nokia, which runs Android One, a slightly different OS compared to the version of Android found on most other OEM’s devices. Add to this the skims that companies layer on top of Android and you have what on the surface seems like endless customisation but in reality is an OS update nightmare.

Making things even more interesting is Google’s blatant cozying up to Samsung. The Korean tech giant was prominently featured at I/O 2021 and 2022, it collaborated with Google on the new Wear OS which debuted, and for a significant amount of time remained exclusive, on the Galaxy Watch 4 series. Samsung also has a longstanding collaborative partnership with Qualcomm which is now set to be extended to 2030. To quote Qualcomm president and CEO, Cristiano Amon, “Our relationship with Samsung has never been stronger. For more than two decades we’ve worked together to lead the industry and we are pleased to continue this strategic partnership to develop innovative technologies and products using Snapdragon platforms to power more Samsung premium devices globally.” This gives the company significant influence over the future of the silicone that will most likely be powering your future Android or Windows device. Samsung is also one of the leading display manufacturers and is a significant force in the realm of smartphone camera sensors. Samsung’s influence over these varying components of the mobile industry should be a concern for everyone as it gives the tech giant an opportunity to become the driving force of an ecosystem that every non-Apple smartphone OEM will be reliant on.

It’s no secrete that all tech companies borrow and copy each other and each has its own set of features and capabilities they deem the most important, the question you have to ask yourself is do you want to align with a company that has lost control over its own ecosystem and is essentially giving the keys to the kingdom to another tech company all the while claiming to be open and free and full of possibility, or do you choose a company that has never hidden who they are.

The decision you face when buying your next phone is choosing which platforms best aligns with your needs and which one you trust most with your sensitive data, because no matter who you choose, you’ll be selling your soul to big tech.

Next
When Fitness is integrated with fashion: HUAWEI’s functional wearables are now available in South African stores