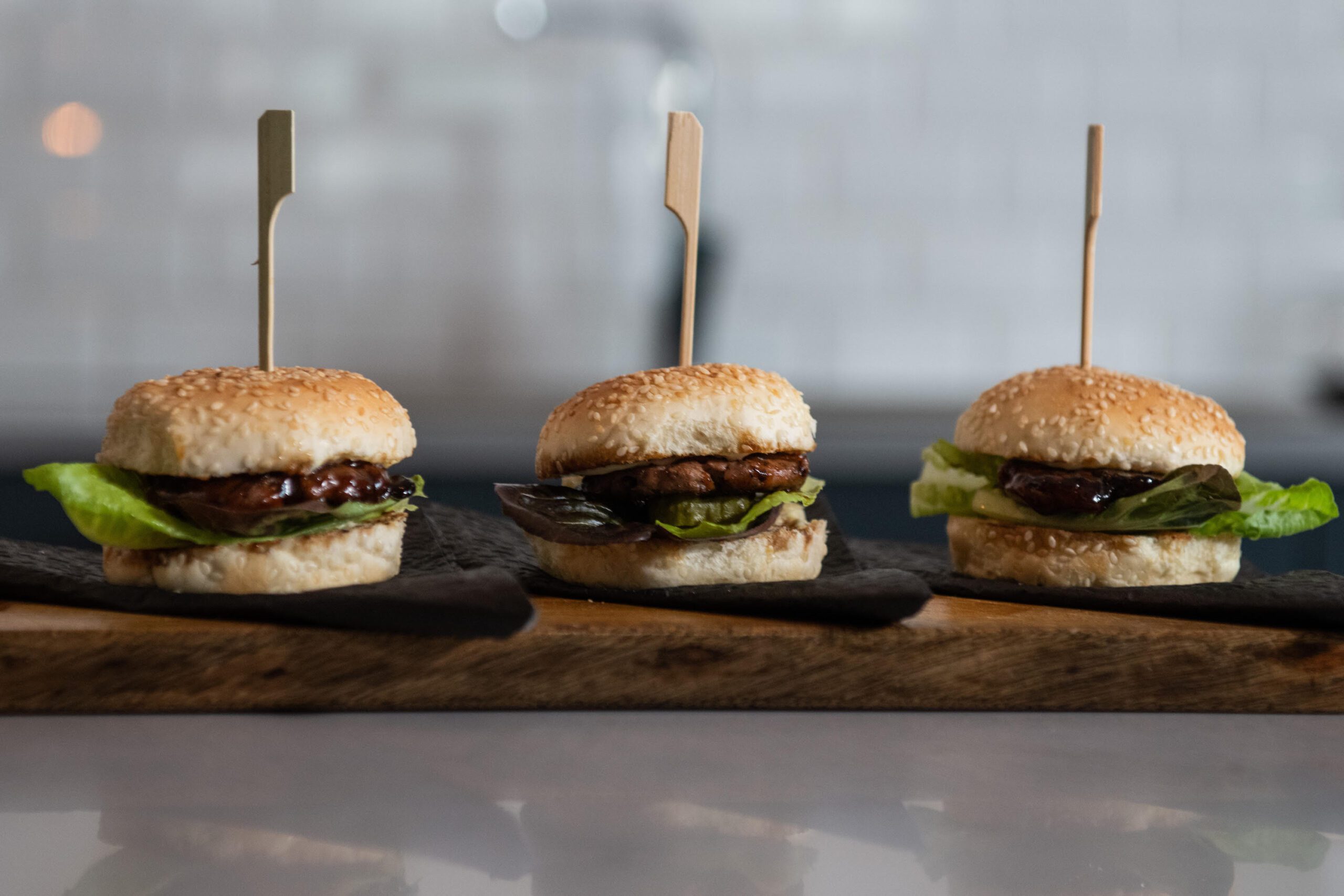 Impossible Foods appears to have some competition from local cultivated meat company, Mzansi Meat Co., which has unveiled Africa’s first cultivated beef burger – a massive milestone for the brand and a breakthrough for food security on the continent.

The burger was prepared at an event in Cape Town recently where co-founders Brett Thompson and Tasneem Karodia, together with the head of taste, Absie Pantshwa, had a bite of the ground-breaking burger alongside Alderman James Vos, Mayoral Committee Member for Economic Growth at the City of Cape Town.

Now that the first burger has been developed, Mzansi Meat Co’s next step is scaling up. “Cellular agriculture wasn’t an industry in Africa until Mzansi was born. Our burger is only the beginning, we now know it’s possible and the next step is scaling up,” Brett Thompson explains. “It starts with one small beef burger and we aim to be producing tons of cultivated meat every month in the future.”

“We’re working on plans to scale up and move into a pilot production facility as well as a rollout plan with retailers and restaurant partners,” adds Tasneem Karodia. “Next up we’re developing sausages to go with the burger and our goal is to produce meat that can be used in traditional African cuisine. Everything we make will be braai-friendly and ready for the fire!”

Africa’s population is growing and by 2050, the continent can expect another billion mouths to feed. The current agricultural landscape needs innovation to make it better. Tackling food security with an improved food system benefits the environment by reducing land use and water. Cultivated meat doesn’t require the killing of millions of animals, which means less intensive livestock conditions.

Mzansi is here to make the same meat we know and love, just made in a better way to keep up with demand.

As the company celebrates this massive milestone, getting here has been an intricate process. The journey begins at a local farm animal sanctuary where veterinarians remove tiny tissue cells from donor animals, who roam free with as little harm as possible.

Once the cells are harvested, a sample is placed in a nutrient-rich transport medium and taken to the Mzansi Meat Co. lab where they isolate the cells and grow them in a culture medium. This is a special type of food containing vitamins, salts and proteins that the cells need to develop and divide. Once they have enough cells, they place them on an edible structure and after adding a few additional spices and flavours, the cultivated meat is ready to be dished up and enjoyed.