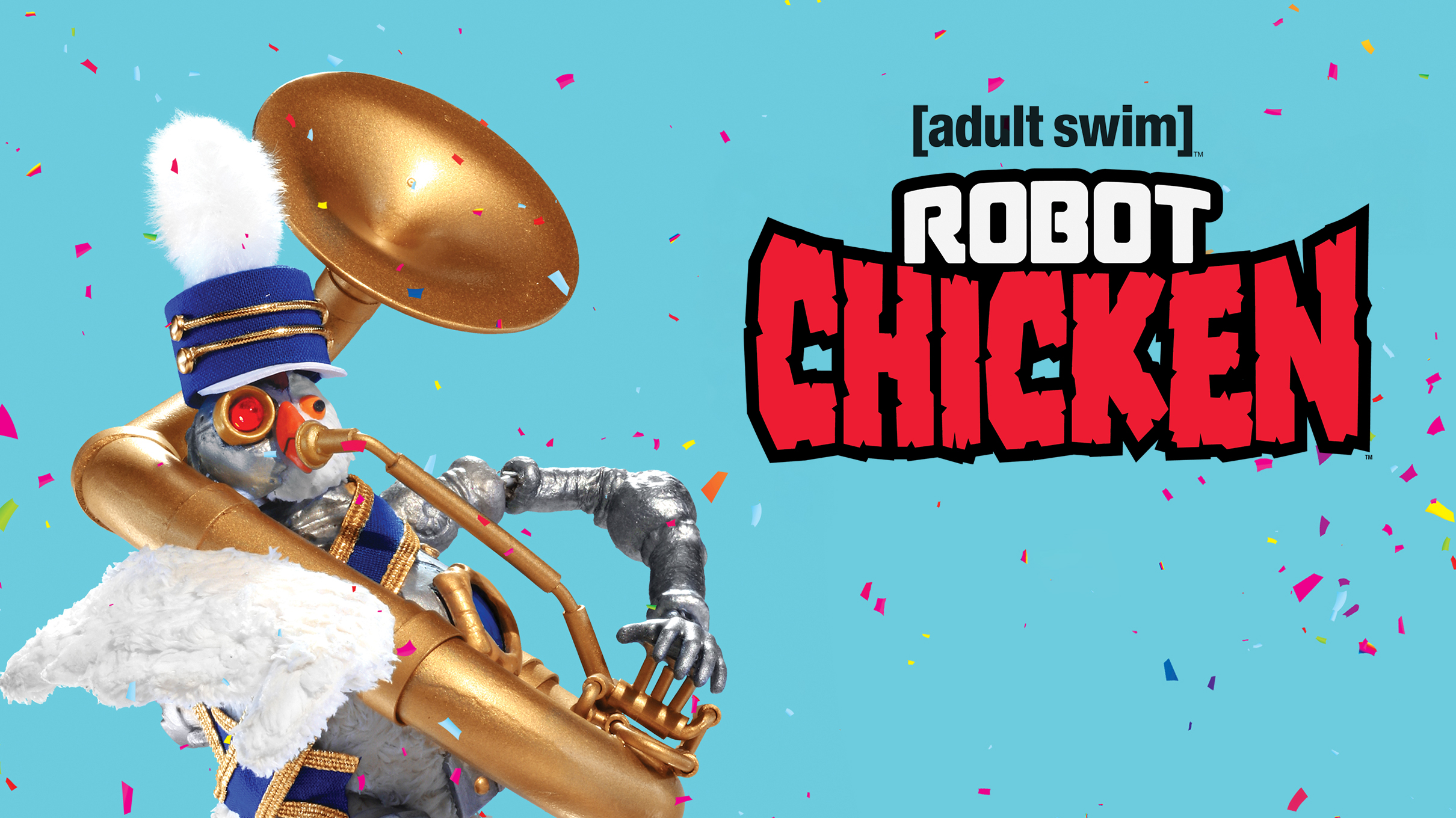 Robot Chicken season 10, part 2 is coming to Showmax on 29 June!

The new season of Robot Chicken forms part of Adult Swim’s content refresh on Showmax, where animation enthusiasts can now stream all earlier seasons of the show (season one to 10), along with other favourites such as Rick and Morty, Mr. Pickles and Genndy Tartakovsky’s exclusive series, Primal.

Robot Chicken’s 10th season milestone continues, not for celebrating its 200th episode of the Emmy award-winning show, but for attempting top-secret new formats that break new ground in animated sketch comedy! Um, … or something like that. Robot Chicken uses stop-motion animation to brings pop-culture parodies to life in a modern take on the variety/sketch show format.

In its decade of existence, the show has attracted A-list pop culture voiceover talent from George Lucas and Scarlett Johansson to South Africa’s very own Charlize Theron. The show includes both original characters, and hundreds of parody characters, including the iconic Star Wars movies, DC Comics Universe, and now, The Walking Dead finally gets its turn with the long-awaited Robot Chicken Walking Dead Special: Look Who’s Walking, in which the Robot Chicken Nerd encounters an ageing survivor at the Walking Dead Museum.

The show’s 200th episode will come at the end of this 10th season on Monday, 27 July. Green says they wanted to make something that was unique, something that was bigger. Something different that felt befitting of this milestone.

Robot Chicken S10 part 2 back-to-back episodes will be available to stream from Monday, 29 June just 24 hours after the 28 June US premiere, on the Adult Swim corner on Showmax.

Next
TikTok reveals secrets of its For You Page