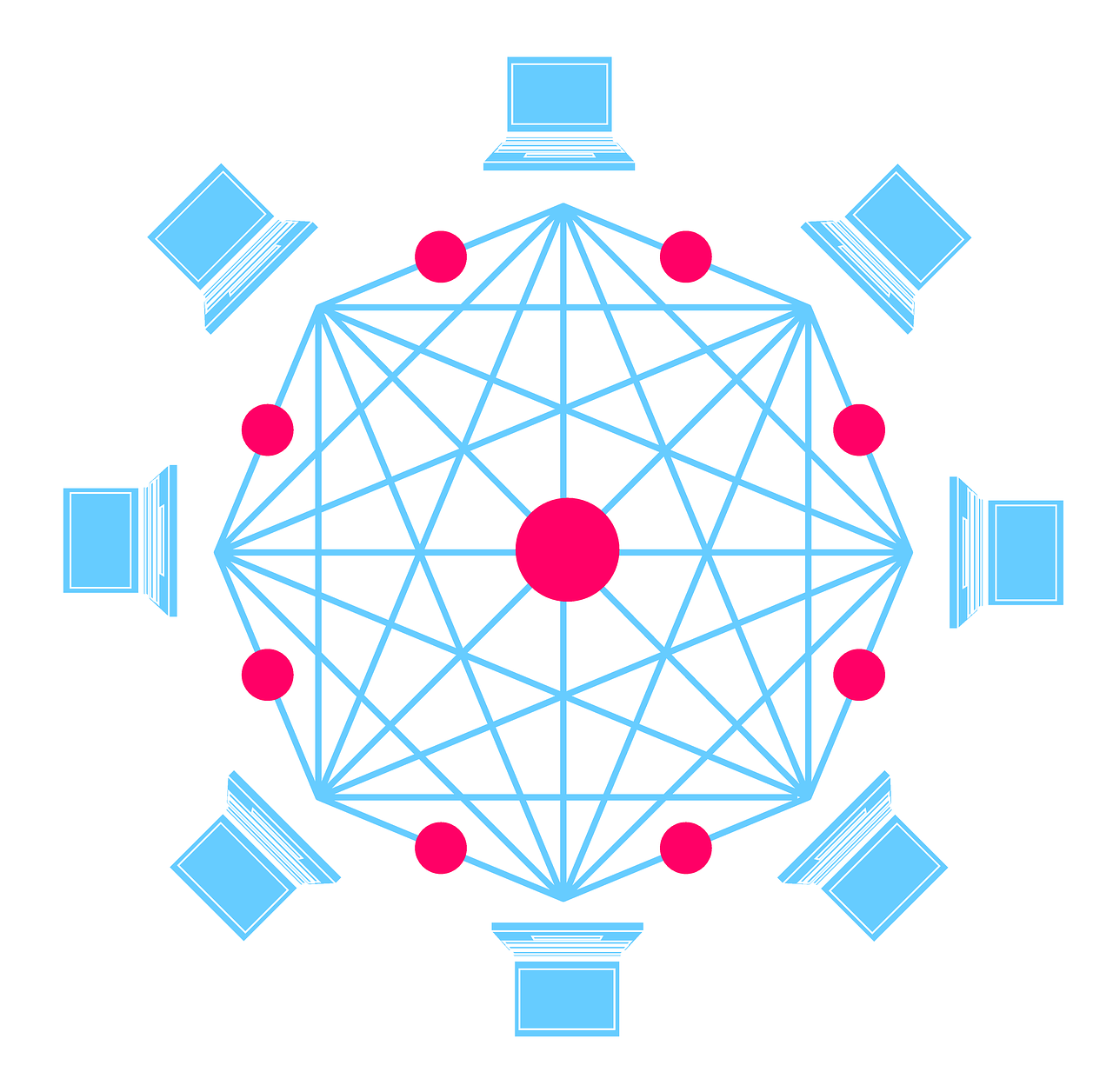 What is Custos and how is it fixing DRM?

Custos combines patented blockchain technology with forensic watermarking to pioneer the future of Digital Rights Management (DRM) and content security. Blockchain technology is best known as the backbone of Bitcoin and other cryptocurrencies, but Custos uses it to detect media leaks.

Clients who wish to protect video, audio, ebooks, or documents can integrate with Custos’ API to register, assign, and monitor media items – with minimal impact on their existing workflow.

Before Custos there were two approaches to fighting piracy. The first was the hard DRM that attempted to block people from copying media by restricting their access; however this approach was not always successful. The other tactic was forensic watermarking. Although forensic watermarking forms an essential part of Custos’ technology, without our blockchain tracking technology you need a team of people looking for your content online for it to be effective. Neither of these solutions were fully effective at stopping piracy. Between 20 and 60% of movies were leaked prior to release, which posed an existential problem to smaller producers who didn’t even have access to the incumbent solutions. This is why we decided to target the film market first, although we have started expanding into the ebook, sensitive document and music industries.

When we developed the technology, it was still the early days of blockchain technology. Ethereum had not launched yet, our options were restricted to a couple of Bitcoin or Litecoin copies. We opted for Bitcoin because of the support infrastructure available at the time. Over the years we have seen the industry booming, and attitudes to it changing in a great way.

Working with AWS right from the start, the low-latency AWS platform allows us to scale easily to address the fluctuation in the demand for our services. As customers upload new media files, such as films and eBooks at unpredicted times, we need to scale, on multiple regions at different times, from almost no activity to massive load, so that we can process hundreds and thousands of files for watermarking. To date, Custos’ plug-and-play distribution solutions have protected over 280 000 films, e-books, and documents from copyright infringement ─ reducing piracy by 99.97%.

Movies, ebooks, software – all are distributed using a paradigm from the 20th century: that the creator has, for the greater part, control over who receives the content, and that unlicensed duplication and distribution is difficult and rare enough to be managed.

The cornerstone of this paradigm is intellectual “property” because physical property has these properties of controlled distribution and costly duplication.

However, in the 21st century, large and expensive digital assets are copied with impunity and distributed globally. Media creators have little recourse once files are shared on the Internet, because the prolific sharing happens largely anonymously, and often outside jurisdictions where owners can enforce media rights.

Custos was developed at the MIH Media Lab at Stellenbosch University in 2014 as an answer to this problem.  In early 2016, we launched the first version of the product that is now called Screener Copy. We needed a way to demonstrate the blockchain tracking technology that we developed and patented. The first version of Screener Copy had very basic functionality: Users could upload their movies, we would watermark it with the Custos tracking technology, and then send out the copies to the intended recipients. Since then we have built a full stack of modular products on AWS that we can combine to meet the needs of a range of media customers in different markets and regions.

Say you are a filmmaker, and you have just finished editing your final copy of a movie. You want to drive up the hype so you want to get it in front of some reviewers. You go on screenercopy.com, upload your movie, and input the emails addresses of some reviewers that you know. On the back end, the platform generates unique copies for each reviewer. In each copy, using cutting edge forensic watermarking, we embed a Bitcoin wallet. A Bitcoin wallet is just a special string of numbers. This number is not visible to a viewer, but encoded into small variations in the colour and brightness that a human eye won’t be able to see, but that will remain in the copy even if you copy or compress it. In each Bitcoin wallet there’s a bit of Bitcoin. Anyone in the world that finds a copy in the wild can take this Bitcoin as their reward, and through the blockchain we are informed whose copy was found somewhere it should not have been.

All of Custos’ systems run in the Amazon Web Services cloud. We leverage the various services provided by AWS (such as EC2, S3, SWF, and others) to achieve a high level of scalability, reliability and security – allowing our platform to handle multiple customers easily.

We also leverage AWS Spot Instances, which provides instance capacity, reducing overall costs. Using AWS, we can be more agile—and more secure—, as we can optimize critical aspects of our operations and build a foundation for long-term innovation and growth.

4.    If you are using cryptocurrency, does the inherent volatility worry you, do you have plans to mitigate it?

The nice thing about building a blockchain technology that does not rely on the price of any cryptocurrency or token is that our solution remains equally effective through the waxing and waning of the markets. Our customers and ourselves are protected from any volatility through some clever engineering.

The technology is cryptocurrency agnostic, and we have experimented with Bitcoin Cash, Ethereum, ZCash and Litecoin. Using cryptocurrency and the blockchain gives us a way to decentralise the detection of pirated material. We give cryptocurrency bounties to anyone who finds a leaked copy of a movie or ebook. Each copy that is distributed contains a unique cryptocurrency wallet, and we monitor when such a wallet is emptied. We can then identify who the source of the leak was. This is something that was not possible to do before cryptocurrency on the global scale in an anonymised manner that is required to fight piracy.

5.      Do you see this eradicating digital piracy?

Custos is the first company in the world to use blockchain technology to catch a pirate red-handed. This is big news both to the blockchain and media industries.

Deterring leaks is exactly what the technology is intended to do. The fact that we add tracking technology to each copy is meant to instil a credible threat of detection on any would-be pirate. Our main market is for pre- or early release movies, where you expect between 20–60% of titles leaked. In this market we have reduced piracy by over 99.97%. We effectively stopped early stage piracy. As the movie moves through its lifecycle more copies become available and stopping piracy becomes infeasible, but by that stage a large part of the lifetime income from a movie should already have been captured.

6.      If I understand this correctly, by using Blockchain, the purchase is protected and verified but how is the content protected after the purchase?

In an ideal world, it would be possible to place agents in all pirate networks, that would then act to detect and identify pirated material.

This would mean rapid detection wherever piracy occurs. Unfortunately, it isn’t practical to infiltrate these networks for any single player – the scope is just too large.

But what if everyone could be a piracy detection agent? What if it were possible to turn every single pirate in every network into a potential informer?

The API provides a simple way to protect digital content, without resorting to hard DRM technologies.

It achieves this by imperceptibly marking each copy of a video entrusted to a recipient, for example, with a unique, imperceptible watermark that directly identifies the recipient, should that content be leaked online.

The team at Custos also constantly scans the public web and dark web for protected content that could be leaked, and cultivates a community of “bounty hunters” that can find pirated content in the hard-to-reach corners of the internet, notifying us of infringements by claiming the cryptocurrency bounties embedded in the patented watermarks.

Deterring leaks is what the technology is intended to do. The fact that it adds tracking technology to each copy is meant to instil a credible threat of detection on any would-be pirate.

7.      What will this mean for users, content providers, distributors?

When a movie, for example, is leaked prior to release, it leads to a 19.1% reduction in lifetime revenue according to research done at Carnegie Mellon University. This is a massive problem for the major Hollywood studios, but an existential crisis for indie producers and distributors all over the world. Custos has protected thousands of indie titles without a single leak. We give filmmakers and distributors away to send their movies to reviewers and potential buyers without the threat of it leaking. In markets where 20-60% of movies are leaked, this makes a massive difference.

8.      You say “films, e-books, and confidential documents from copyright infringement” but where else do you see this being applied?

Our film protection and distribution products are available worldwide. We have already started services customers in the ebook industry. We are excited to expand into the education and training market for film. The core technology can be applied to any media, and we have started early experiments with music and audio and sensitive documents. Our patent also includes DNA material, so watch this space…

9.      Why AWS? How has AWS cloud allowed Custos to innovate in data protection?

A very concrete example: We changed our infrastructure to make use of AWS Spot Fleet instances last year November, and we got a 70% reduction in cost, without losing any performance.

The biggest benefit we get is that we can have a very flexible architecture, and still experiment with aspects that we are unsure about (experiments are fundamental to a successful startup), and pay only as we use, no upfront capital expenditure.

Scalability: Our platform’s processing load fluctuates a lot, and AWS allows us to scale from zero to hundreds of instances quickly, allowing us to deal effectively with these fluctuations.

Deployment: AWS makes it easy with technologies like AWS Gateway, Cloudwatch, ECS to deploy and monitor complex backend systems. This helps us to spend more of our time on building our product, and less on deployment.

Custos are participating in the  AWS Pop-up Loft Johannesburg during the month of March. The Pop-Up Loft is a temporary free co-working space where anyone can stop by to hang out, network, get technical advice from AWS experts or take part in a range of activities aimed at finding out how AWS can help to boost their business.

Previous
10 of the most exciting announcements from the AWS re:Invent summit

Next
Teens from Dublin and Cape Town connecting over coding