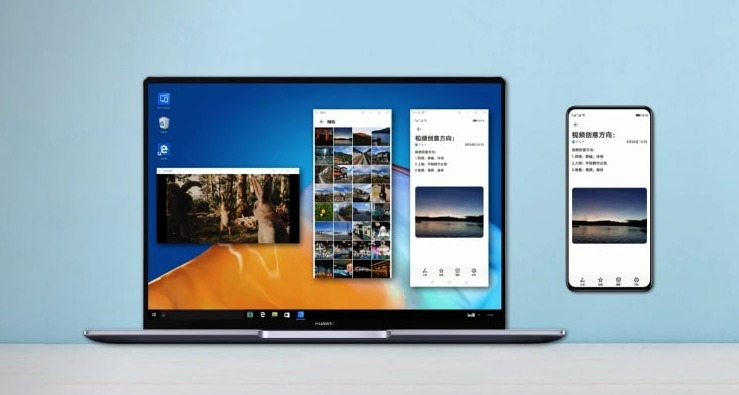 Our 3 favourite features in Huawei EMUI 11

Reviewing phones is something I’m very much acquainted with but reviewing an operating system is an entirely different beast. With a phone, there are always certain things that you look for and focus on, with an operating system it’s more like a treasure hunt where you have to find all the bits of buried treasure that are the new features and improvements that have been introduced.

When Huawei introduced EMUI 10 it was a big shift for the company, which is probably why EMUI 11 feels less exciting, but that doesn’t mean that it’s boring or less significant.

While the overall design of EMUI has remained the same, there are refinements and noticeable improvements to the design language used throughout that bring a fresher, more premium feel to the OS.

The most noticeable design change can be found in the new Always On Display (AOD) offerings which Huawei says is inspired by the work of renowned painter Piet Mondrian and consists of a new primary colour palette of red, yellow and blue. If you want to take it further and create an even more personalised experience, you can match the colour of the AOD with your outfit by taking a picture of your clothing and letting the AI algorithms extract the colour of the image and generate a matching palette for the AOD.

The photo gallery has also been given an update with the albums category now sporting a new 4:3 layout and a pinch motion in the photos tab gives you the ability to easily switch between month and day views of your images.

One of my favourite new features in EMUI 11 is the multi-smart window which lets you pin apps to a side menu so that you can jump between them without having to open them again. This might sound similar to what Android already lets you do but it’s far more intuitive and essentially lets the open app windows float on top of each other in the side menu, which is great when you’re watching a video and chatting to a friend at the same time, something I do frequently, or when you’re gaming and need to reply to a message but don’t want to close the game and lose your progress. It also means that you can open an attachment in an email and not have it take up your entire screen.

Using a Huawei MateBook laptop means that I am able to make use of Huawei Share to mirror my phone onto my laptop. EMUI 11 takes that functionality and dials it up to the next level. I can now open three windows on my MateBook while using Huawei Share and use my laptop to edit files on my phone.

If that isn’t enough, I can use my phone as a scanner to scan text on an image and edit it on my laptop. And, in the age of video calls and meetings, EMUI 11 lets me use Huawei Share on my MateBook to answer and conduct video calls. Which means that instead of having to hold or prop up my phone for a video call, I can simply answer it on my laptop when I see the incoming call notification.

Huawei’s improved the functionality of its notes app by giving it the ability to extract text from an image. While only select languages are supported, it’s worked every single time I’ve used it. This is great for those moments when you desperately need to save a huge ton of info but don’t have the time or if you’re like me and you keep losing business cards, all you need to do is take a picture of it and use the notes app to extract the text at a later stage. It’s also great if you see a recipe or set of instructions for something on a page that you’ve taken a picture of. or from screenshot you’ve taken of something you’ve seen on Instagram.

You also have the option to scan a document and extract the text without having to take a photo and you can capture a picture in the notes app and have it live in the note, which is great for when you’re in class or attending a meeting or presentation.

Overall, Huawei’s EMUI 11 isn’t a massive overhaul from EMUI 10, but it doesn’t need to be. It brings great refinements and meaningful tweaks to an already great operating system, but the biggest question is: will this be enough to convince people to stick with Huawei devices running HMS?

Next
Huawei’s MateBook D delivers on power, portability and price